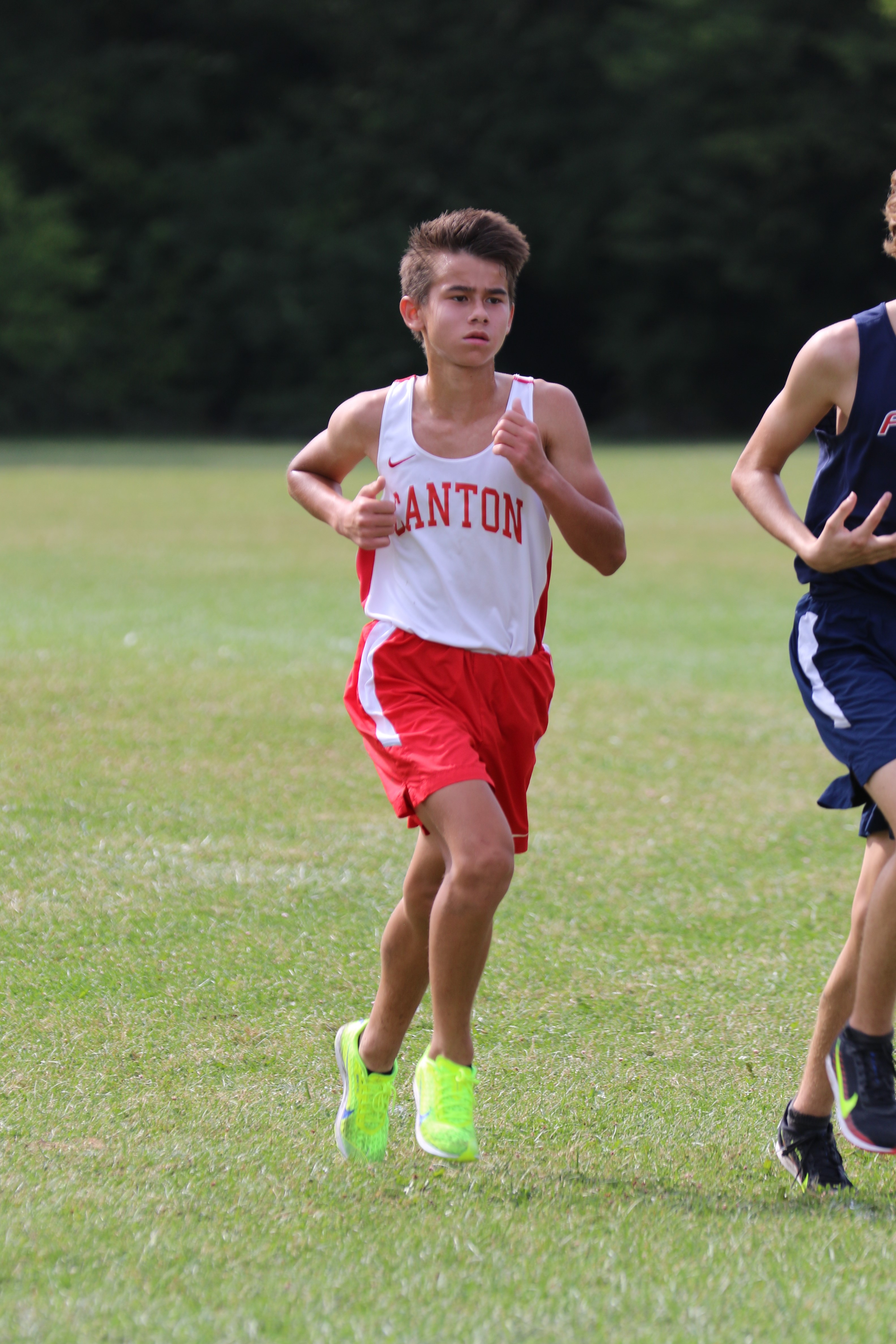 The Canton Chiefs Men’s Cross Country Team moved to 3-0 to start the 2020 season. On a tough day for racing the Chiefs solidly defeated Dearborn Fordson the edged out Livonia Franklin in a great finish. The race took place on a muddy, sloppy, Nankin Mills course with a heat index pushing 90.

Both teams were undermanned at the finish line on Tuesday. Senior Joe Michalak stepped up with a season best 17:26.
Behind Joe, Franklin was paced by Joey Seibert (17:56) and Landon Latham (18:06). Canton’s Sai Vepa was 4th in the dual meet to tie the score at 5-5 after the first four runners.
After Damien Dailide (18:37) took 5th overall for the Chiefs, Franklin answered with Justin Trujillo (19:01) and Gabe Cerda (19:03). Senior Chief Chatham McGuire eighth overall to again tie the score at 19-19.
That left it up to the teams number five runners to decide the outcome. Canton’s Jayden Joy and Franklin’s George Householder were nearly even at the three mile mark. But it was Jayden Joy (19:34) who out sprinted his opponent and gave the Chiefs the victory.

The Chiefs next race September 12 at Cass Benton against defending state champions Brighton.