In the Chiefs Annual Pink-Out Game, raising money for Breast Cancer Awareness and Testing, the Chiefs strike first with a goal by Christian Austin in the first half. Kaelan Flowers took a shot that deflected off the goalie where Austin was there to put it away.
Up 1-0 at halftime, the Chiefs continued to dominate the play and control possession in the second half. Canton’s second goal came from a nice Corner Kick by Nick Rockafellow and again Christian Austin was there to bang it in.
Chiefs win 2-0 over Park Rivals Plymouth. 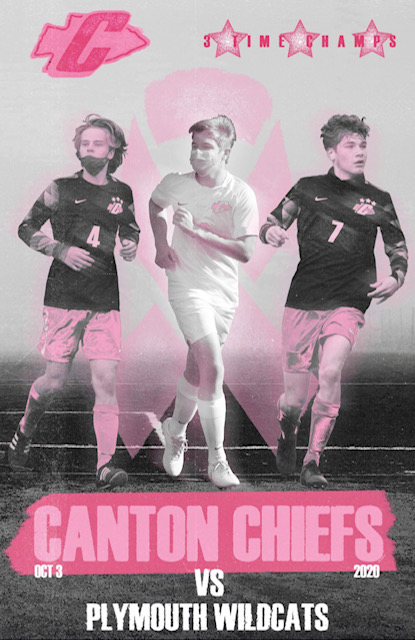