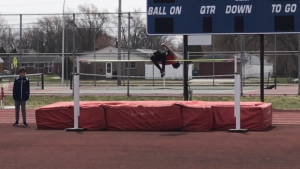 With first place finishes in the pole vault and high jump relays, the Chiefs proved they were the head of the field events at Livonia Franklin on Saturday. Canton’s long jump relay finished second, just half an inch short of the win.

While not a true relay, the field events used combined performances to calculate a team result.

As a team, Canton scored 62 points, en route to a 4th place finish out of 10 teams. The Chiefs did not compete in any events longer than 400 meters.

The Chiefs are back in action Tuesday, April 16th against Plymouth, followed by the April Showers Invitational in Dexter on April 20th. Tuesday’s events start at 3:30PM at the varsity field. Concessions will be available.